Having passed the ecuator of the Festival, we are able to say that this 15th edition is being a great success! Professionals, students and keen cinema followers are involving together in a perfect ‘osmosis’ of knowledgment.

The fifth day was started with a new Questions & Answers session with some of our directors and creators. The lecturers of yesterday were all representatives of film participating in the Oscar Qualification Contenders Competition. From the Best National Category were Nevelin Vulchev, the editor of the film Koliva; Petar Krumov, director of Shame; Nevelin Vulchev, the editor of the film Koliva, and Vera Trajanova, the writer of Bango Vassil. From the Best Fiction Category they were Jeppe Wowk, producer of Shadow Boxer and Shariff Nasr, director of Little Noah’s Last Adventure.

At 13.00h we had the next session of the Filmer Forge Educational Programme, Film Festivals: Locator of New Talents by one of the jury members, Philip Ilson. He is the Artistic Director of the London Short Film Festival, which he co-founded in 2004. A premier showcase for cutting-edge UK independent film, LSFF is renowned for its innovative cross-arts programming and showcase of the country’s raw talent for 15 years. He is also the short film programmer for the BFI London Film Festival, and has worked as a freelance programmer, including at the East End Film Festival (London), Cork Film Festival (Ireland), and the Branchage Festival (Jersey), Latitude music festival, and at Curzon Soho Cinema. 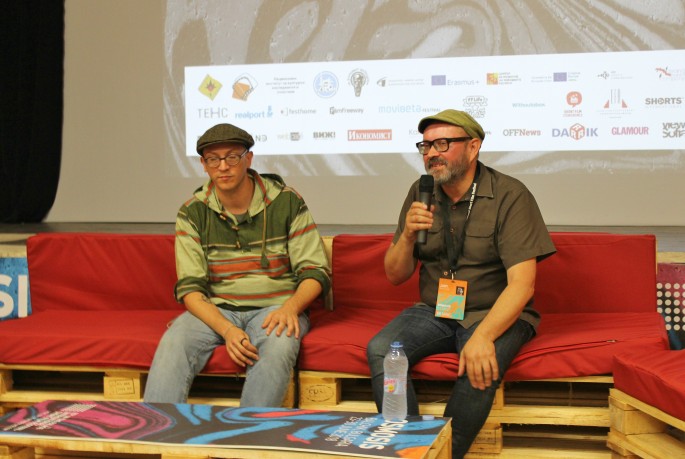 Yesterday we were also doing some ‘Interviews in the room’ from wich you can see some pictures in our Twitter and that will be available soon in the web. The interviewed were Vilma Kartalska, Denis Mujovic, Philip Ilson, Ivy Yukiko, Anna Nevander, Maia Lotzova, Joe Boots and Florian Baron among others. 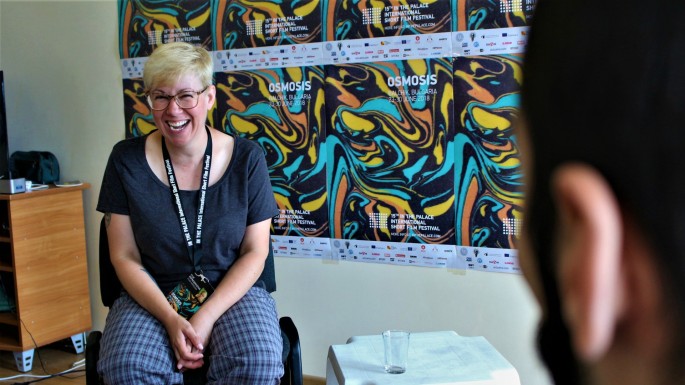 At 15.00h we continued with the Volume VIII of the Documentary Competition & Student Competition in the Stone Hall with the films Skin, Natural Light: Vivi’s Story, When Demons Die, Shadows and Fucking Drama.

The next Volume were next, at 17.00h with the films The Music Stops Here, The Girl, Evil Deeds, The Theft, Light Sight and A State of Emergency.

At 19.00h was the time for the Volume VII of Oscar Qualification Contenders Competition, where we could watch the films Saturday, Grandmother, Goliath, Framed, Trials, Woolworld and The Glass Pearl.

To close the journey, you already know that we have two options. At 22.00h was the time when the cinema fanatics could go still watching movies in the Stone Hall with the Volume III of On Focus: European Film Awards. For the others who prefered to be envolved with the industry people and other guest in a more relaxing way, could enjoy in the gardens of the Queen Marie Palace with the music of Visitor Q, from Club Fargo in Bulgaria. 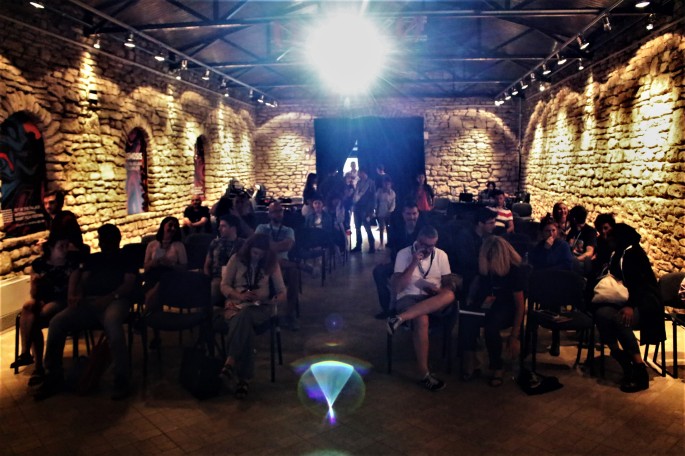 Our goal is to present and contribute to the development of contemporary film art in Bulgaria, Europe and the world, creating a favourable environment and platform for young filmmakers and established professionals. View all posts by inthepalaceblog

Our goal is to present and contribute to the development of contemporary film art in Bulgaria, Europe and the world, creating a favourable environment and platform for young filmmakers and established professionals.